Choosing a safe car for a new driver

Buying a new car is always a big step and there are bound to be lots of things on your wish list ranging from make and mileage, to additional features and even colour.  But safety ratings need to be at the top of the list.

This applies no matter who’s driving, but even more so if a new driver will be behind the wheel. Young drivers tend to be over represented in all types of crashes and are more likely to be involved in a crash than older drivers for the same time spent driving, and the same distance driven.

It is well documented that young drivers on provisional/restricted licences are more at risk of having a serious crash in the first six to 12 months of driving solo than at any other time in their lives. 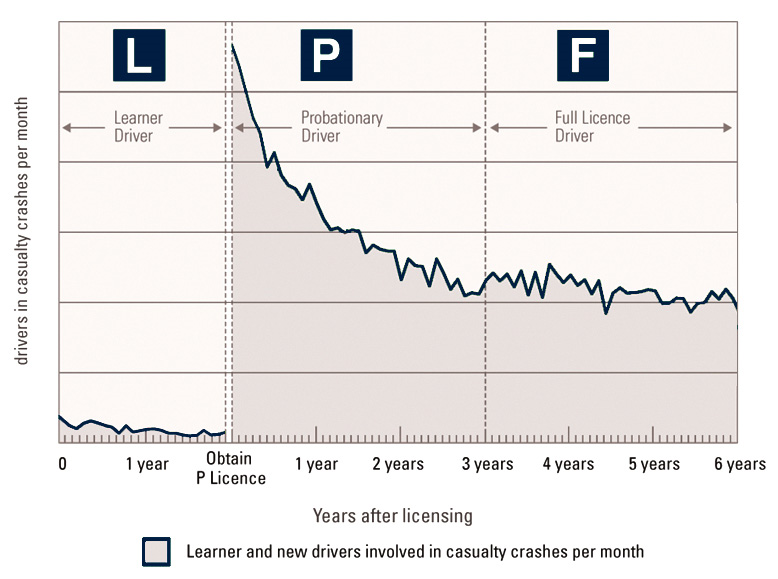 Inexperience is one of the many factors behind this statistic, with car safety also an issue. Recent research conducted in Australia estimates that if all young drivers killed or seriously injured in crashes over the past five years had been driving the safest vehicle of the same age as the one they were driving when they crashed, deaths and serious injuries could have been reduced by 60 percent.

Budget is always an issue when it comes to finding a car, and it’s a common misconception that only new and expensive cars have extra safety features.  The good news is safety features aren’t exclusive to new cars, with features such as Antilock Braking System (ABS), Autonomous Emergency Breaking (AEB), Electronic Stability Control (ESC) and multiple air bags now widely available in many used cars.

Used car safety ratings take the guesswork out of trying to work out how safe a particular make and model is by giving vehicles a rating scaled from one to five stars. The ratings are calculated by using records from more than 8 million vehicles involved in police reported road crashes and more than 2 million injured road users in Australia and New Zealand. The vehicle’s size, weight, design and safety features such as airbags and seatbelts are all taken into account.

Cars with higher ratings tend to have features like front, side, curtain and knee airbags, crumple zones to absorb crash energy and stronger cabin construction. You are 60 per cent more likely to be killed or seriously injured in a 2-star vehicle than in a 5-star vehicle.

This road safety excursion was by far one of the best excursions I have ever been to. I have learned so much and found today so interesting that I couldn’t wait to tell my family all that I learned. My favourite part was the crash Investigators presented by Ben telling us his story on how he ended up in a wheelchair due to a car crash. That evening when I got home I shared my learn[ing] with my family in order to create road safety awareness and share this information with family and friends